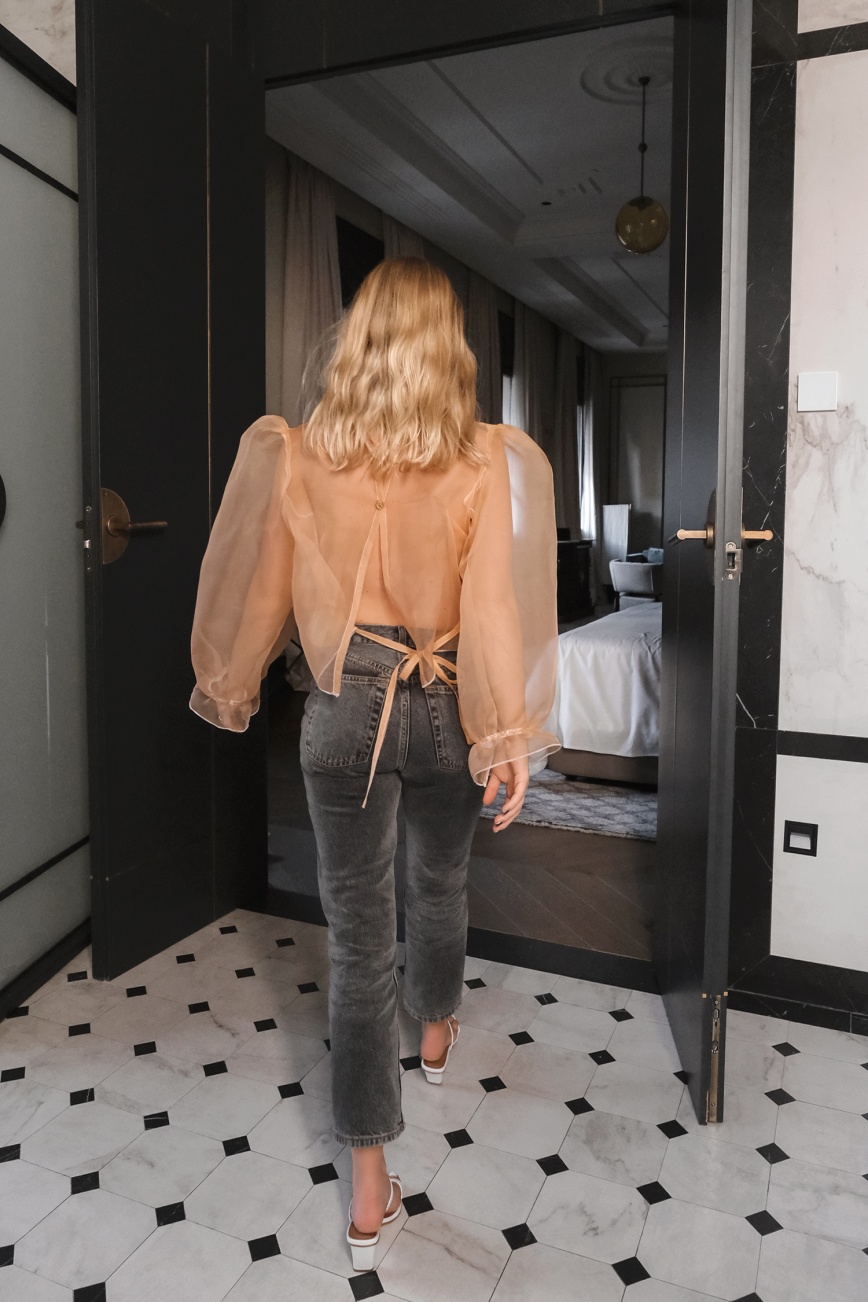 The March edition of The Hit List: a few of the best things I read, listened to, watched and loved over the past month.

So this may not be a Netflix recommendation, but I designed a shoe! With the Scandinavian, Spanish-made footwear label Flattered. She’s strappy, minimal, eternally comfortable and comes in four colours. I’m super excited to share that it has just launched online at Flattered, as well as in-store at Harvey Nichols in the UK. So if you need a chic sandal that looks great with pretty much anything and and won’t give you blisters after a long day of walking (scouts honour), you can shop them here.

Okay technically it’s not even an app, since it’s built into the iPhone and magically appeared when I updated the software earlier this year, but I’m currently bowing down to the ‘Screen Time’ which has helped me both track my over-zealous phone usage as well as curb the amount of screen time I engage in each day.

You can find it under Settings on the iPhone, although I’m sure there are a hundred and one similar apps out there if you’re an android user.

Like many people, I have to admit that constantly having my face in my phone does not make me happy. So my goal is to truly change my relationship with my phone and social media – there’s nothing wrong with using it as a vessel to be inspired, informed and creative – but the endless scrolling at 9pm does no-one any favours.

You can set a daily limit on how much time you wish to spend on your phone overall, social media and specific apps, and once you’ve hit your own personal limit, your iPhone will let you know before opening up.

This may not be everyone’s jam, but if you are looking to cut down on screen time and generally be more present, I can’t recommend this handy new function/app enough.

The second series of Derry Girls has just come out on Netflix, and if you haven’t seen season one yet, you are in for a treat. It’s a sassy comedy following a group of teenagers in Northern Ireland during the Troubles in the 90’s. And while what is happening politically may be very heavy indeed,  the show itself is straight up comedic gold. Plus I’m a sucker for those excellent accents.

After ready The Corrections and Freedom last year, I finally got around to reading Purity by Jonathan Franzen. It’s true that Franzen is an incredible writer with a unique approach to story-telling, but I have to say I always struggle with how much he indulges his male protagonists’. This is an author who loves to write male characters which are incredibly flawed yet women can’t help but love, which let’s just say, I’m not a fan of. But all is not lost, if you’ve been living under the same rock I was and haven’t read any of his work, definitely go grab Freedom, which was dubbed The Great American Novel and really is an amazing story.