A guide to the best spots on Italy's most infamous island 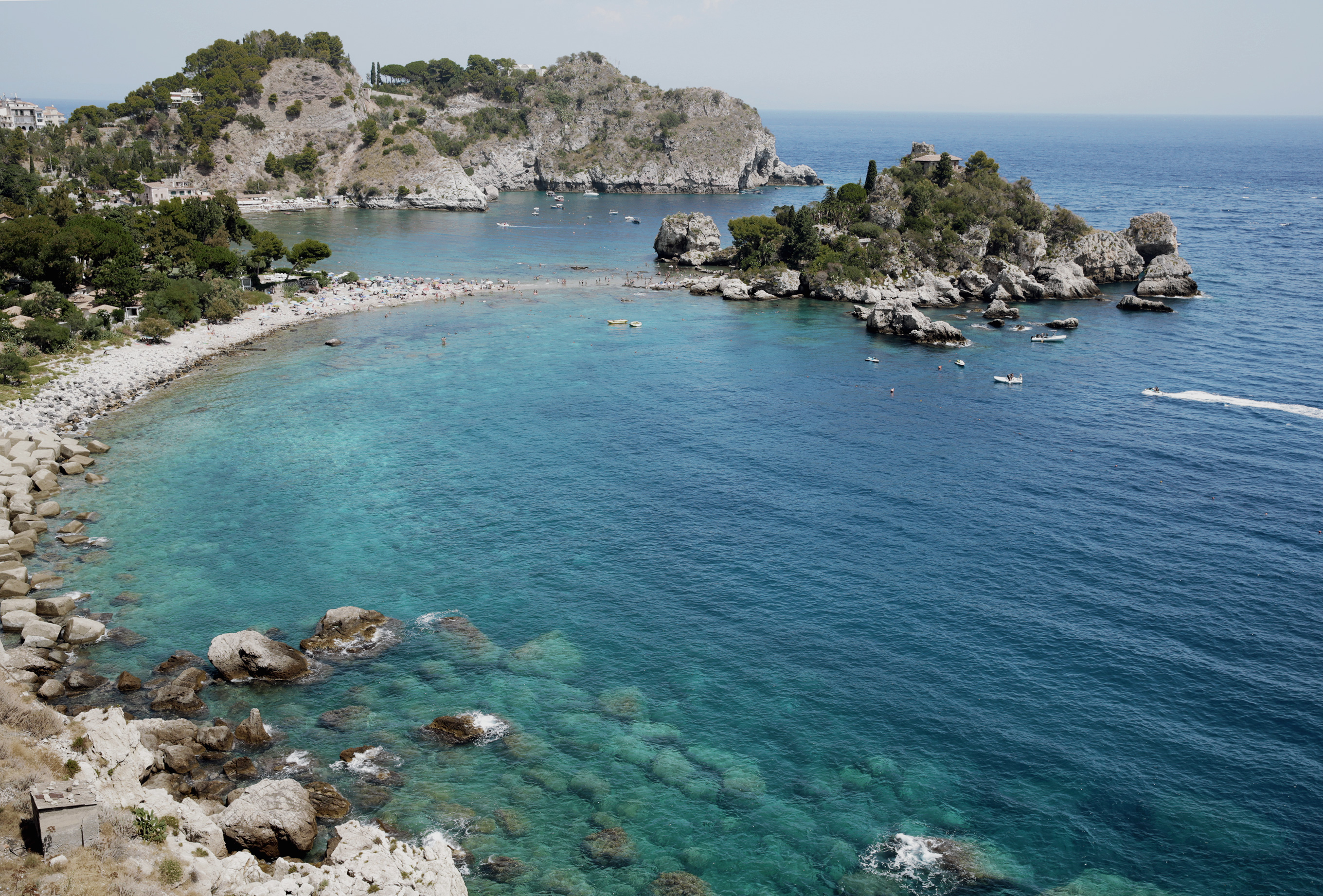 The dreamiest beaches, most authentic Italian eateries and photogenic villages worth exploring on this infamous Mediterranean island.

This summer we went – along with about 60% of the rest of Europe – to Sicily for ten days for pure, unadulterated vacation time. It was very much a swim, eat, sleep sort of situation. AKA glorious.

Whilst I made my way through three books (hashtag humble-brag), I also received countless messages asking for tips on where to stay, eat and explore, which is totally understandable; Sicily is a large island to navigate (it’s got a population of 5 million, which means yes, it’s bigger than my homeland of little old New Zealand).

So since I’m all about invaluable travel tips (I use Instagram geo-tags and travel guides in just the same way that I hope you use mine), I’ve compiled a quick go-to list of all of the favourite spots we discovered in Sicily.

We travelled with friends who had holidays in August, meaning that we were there smack bang in the middle of the high season.

I know that most of Europe is pretty crazy in August, but I think Sicily, Santorini and the South of France (at least in my experience) are extra-crazy. If you can, May, June or September will always be more relaxed.

Sicily is huge (it’s the largest Mediterranean island with a population of over 5 million) and requires a fair bit of driving to get from town to town, so I would 100% recommend staying within walking distance to the beach. Waking up each morning and waking straight from our beach house into the sea was easily my favourite part of the trip.

Nestled in a hidden courtyard (complete with lemon trees, grapefruit and wisteria overhead), Babilonia Restaurant is exactly what you wish every traditional Italian restaurant could be. Home made pastas, fresh fish, juicy burrata; all with friendly service in dreamy garden.
Babilonia Restaurant, Via Timoleone, 10, 98039 Taormina

Another favourite from our trip, Trattoria Il Barcaiolo has an adorable courtyard covered in vines right on the sea edge. If you can it pays to book in advance, although there’s no harm in winging it for the lunch service.
Trattoria Il Barcaiolo, Via Castelluccio, 43, 98039 Taormina

It’s no secret I’m forever in search of the perfect beach. And Italy does an excellent (if a little rocky) beach.

You’ll find Mondello beach a short drive from Palermo, and it’s pretty amazing. It’s a long stretch of soft sand (which isn’t that common in Sicily) set against a backdrop of milky blue sea and rocky cliffs.

The downside is that it’s not a public beach; various beach clubs have sectioned off whole portions of the sand for their sun beds and umbrellas, which you can’t even pay to access if you’re not a club member. So basically you have to sit very near the port or right on the water’s edge. Still, it’s worth at least a drive-by; busy, but incredibly beautiful.

I know it’s extremely irritating when people say ‘in my country’ whilst abroad, buuut as someone from New Zealand it just seems so crazy that all beaches aren’t public property.

There’s basically three beautiful beaches in Taormina; Isola Bella is the most famous with its curved spit, island and blue grotto. It’s rammed with tourists during the busy season, but still special nonetheless.

Cefalu Beach sits right up against the old town of Cefalu with its stone walls and worn wooden boats that make you feel as though you’ve just stepped back in time.

Traditional striped umbrellas and sun beds line the beach, although there’s plenty of space on the sand if you don’t want to hire an expensive lounger.

We hired a car, which in this day and age requires little more than a few clicks of a button online when you book your flights. I would 100% recommend hiring a car to get around as it’s the best way to explore at your own pace.

However if you didn’t feel like navigating the notorious Italian roads then Sicily’s train system is pretty extensive and runs frequently – and to be honest, I love train travel (plus the railway runs right along the coast for 10/10 views).

Hire a boat. Sam and I first hired our own boat in Greece a few years ago and now we do it whenever we can and it’s always the highlight of our trip.

It pays to do a bit of Googling as not all boat hire companies are created equal. We used Boat Service Mondello, which is the perfect start point to explore Capo Gallo Reserve and Isola delle Femmine nearby.

Generally you can’t moor the boat on land, so make sure you take plenty of water, snacks and sunscreen for a full day out on the water. And don’t forgot a snorkel!
Boat Service Mondello, Via Piano di Gallo, 90151 Palermo PA

The old town of Taormina. We visited Palermo, Catania (because that’s where flew into), Cefalu, the old town of Cefalu, and Trabia (along the East coast) and the old town (or centre) of Taormina easily had the most charm of all. If you’re trying to decide what part of the island of Sicily I can vouch for Taormina. Think rustic cobbled streets lined with lemon trees and wisteria, insane turquoise bays and highly gram-worthy panoramic views.

You can either drive up yourself, face the steps of Taormina in the heat (if you’re feeling brave), or take the cable car up the hill.