A quick guide to the island of delicious 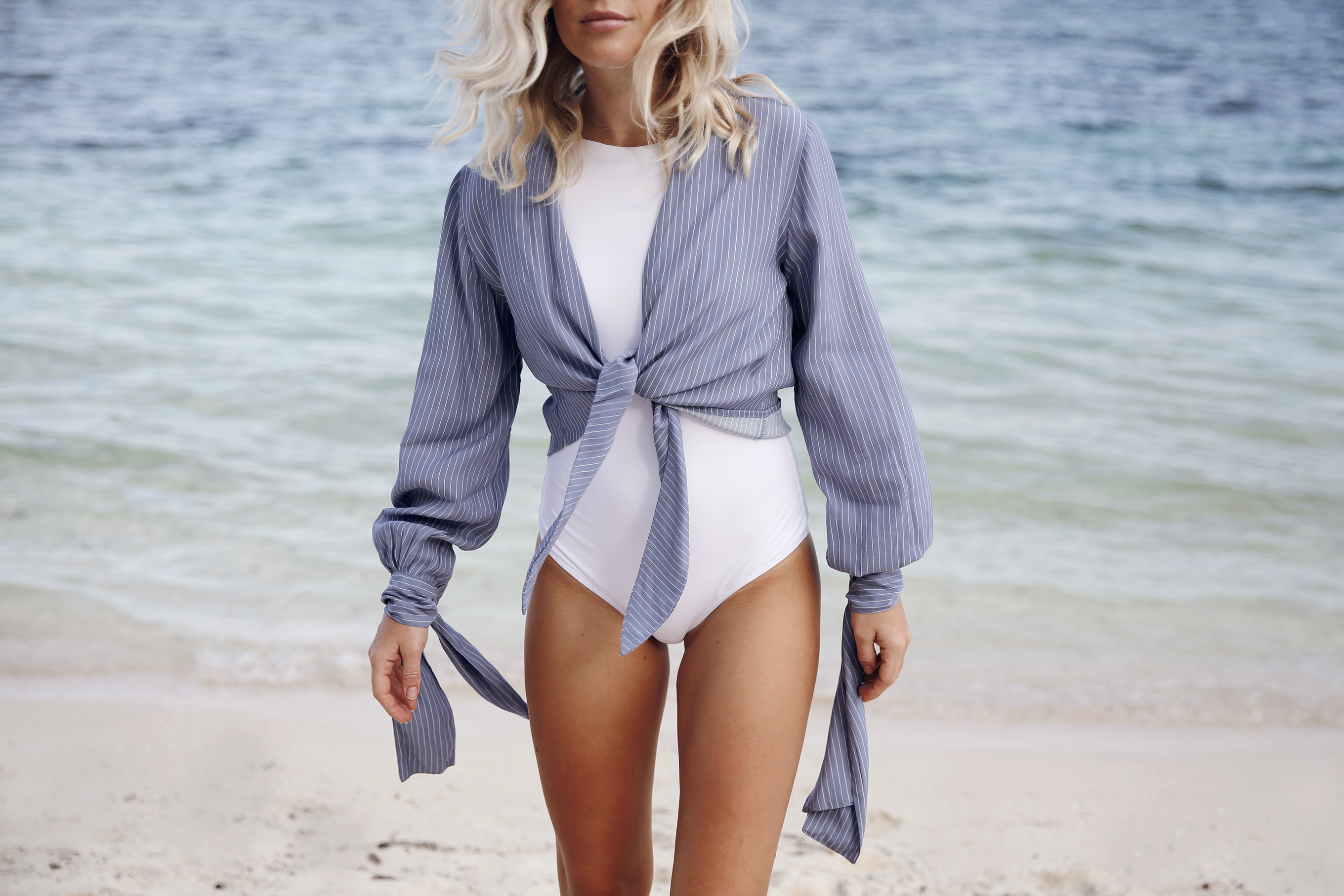 Last month, in an attempt to ward off the beginning of winter, Sam and I took an impromptu trip to the insanely idyllic, postcard-worthy Mauritius. In all honesty, Mauritius was never on my radar until, well, it was.

Located smack bang in the middle of the Indian Ocean (near Madagascar) it’s not exactly the most obvious travel destination (unless perhaps you live in Africa). That said, despite the island’s relatively tiny size, there are multiple flights per day direct from far flung cities like London, Paris and Perth, so getting there isn’t as expensive as you may think.

Because we went on a whim I didn’t have a whole lot of expectations beyond white sand and turquoise seas, and Mauritius definitely delivered the goods on that front. But the island’s beauty extends far beyond it’s beaches; the winding island roads are lined with palm trees and lush sugar cane fields, villages were painted in joyful shades of pinks and purples and the local cuisine was as diverse as the people living there.

We spent our first week in Mauritius at Constance Belle Mare Plage for a whole lot of swim, eat and repeat. If you’re looking for a holiday with maximum relaxation – plenty of lazing on the beach and reading book after book – Belle Mare Plage is the place to do it.

After our week of relaxation I was definitely itching to experience local life, so we booked a beachfront villa via Airbnb owned by a lovely Mauritian couple. If you want a more authentic taste of local life, Airbnb is always the way to go and it was the perfect balance to our first week of lazy luxury. We ate mangoes fresh from the property, took the local bus to the daily market, gorged on lychees, and took beers down to our own private beach; it was bliss.

As far as beaches go, the salty spots of Mauritius don’t mess around. Just like the postcards (and Instagram geo-tags) will lead you to believe, it’s one good looking island.

Belle Mare Plage is 2km of pristine white sand along calm, clear waters. It’s also one of the more sheltered beaches of the island, meaning it’s a lot less windy than other spots along the East Coast. This place is picture-perfect.

Pointe d’Ensy was one of our favourite spots with it’s clear waters and relatively untouched stretches of sand. I’m all about solitude when it comes to beach time.

Along the Southern Coast of Mauritius there are numerous tiny roads that you can turn down to discover secret little sandy spots. Pompenette Beach is less secret, but still rugged enough that we were the only ones there when we went.

Due to it’s rather tumultuous history, Mauritius has an incredibly diverse population, and despite it’s tiny size there are many amazing Indian, French, African, Chinese and Creole restaurants worthy of sampling.

Creole curry is a Mauritian staple and I’m pretty confident I could live out my days surviving on just this dish alone.

Roti Chaud is another staple, usually found at local markets, served with warm roti bread with various curries and chutneys piled on top. Conveniently also one of my all-time favourite dishes.

Dholl Pori is pretty similar to Roti Chaud, just with split peas and bean curd instead of curry. This delicious snack (which is ideal for vegetarians – in fact I found Mauritius to be incredibly vege-friendly) is considered the unofficial national dish.

Hiring a car is hands-down the best way to explore the island. The roads are often narrow, but well maintained, and everything is clearly sign-posted.

I wanted to climb Le Mourne, but sadly due to rain on our last couple days it didn’t happen. It’s a four hour hike uphill so it’s not exactly a casual stroll; but everyone we spoke to couldn’t recommend it enough. So if you go, do it for me! You can see Le Mourne in all it’s glory in my aerial shot below (taken on our Parrot drone).

Île aux Cerfs is a privately owned island that can be reached by boat. Prices to the island are a little steep in comparison to other expenses (especially given it’s a 15 minute boat ride), but to be fair you do end up in what can only be described as paradise.

Created in collaboration with Faithfull 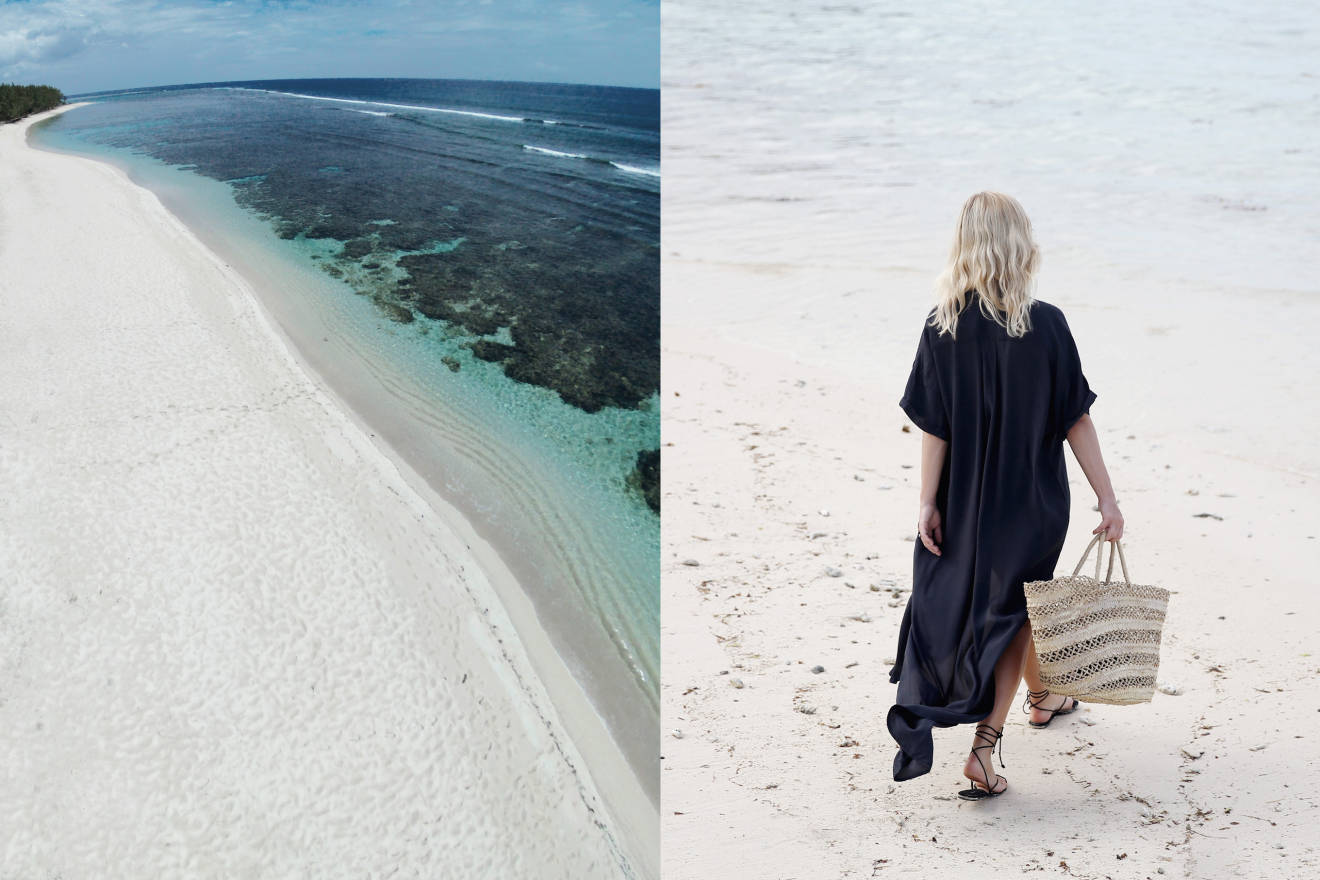 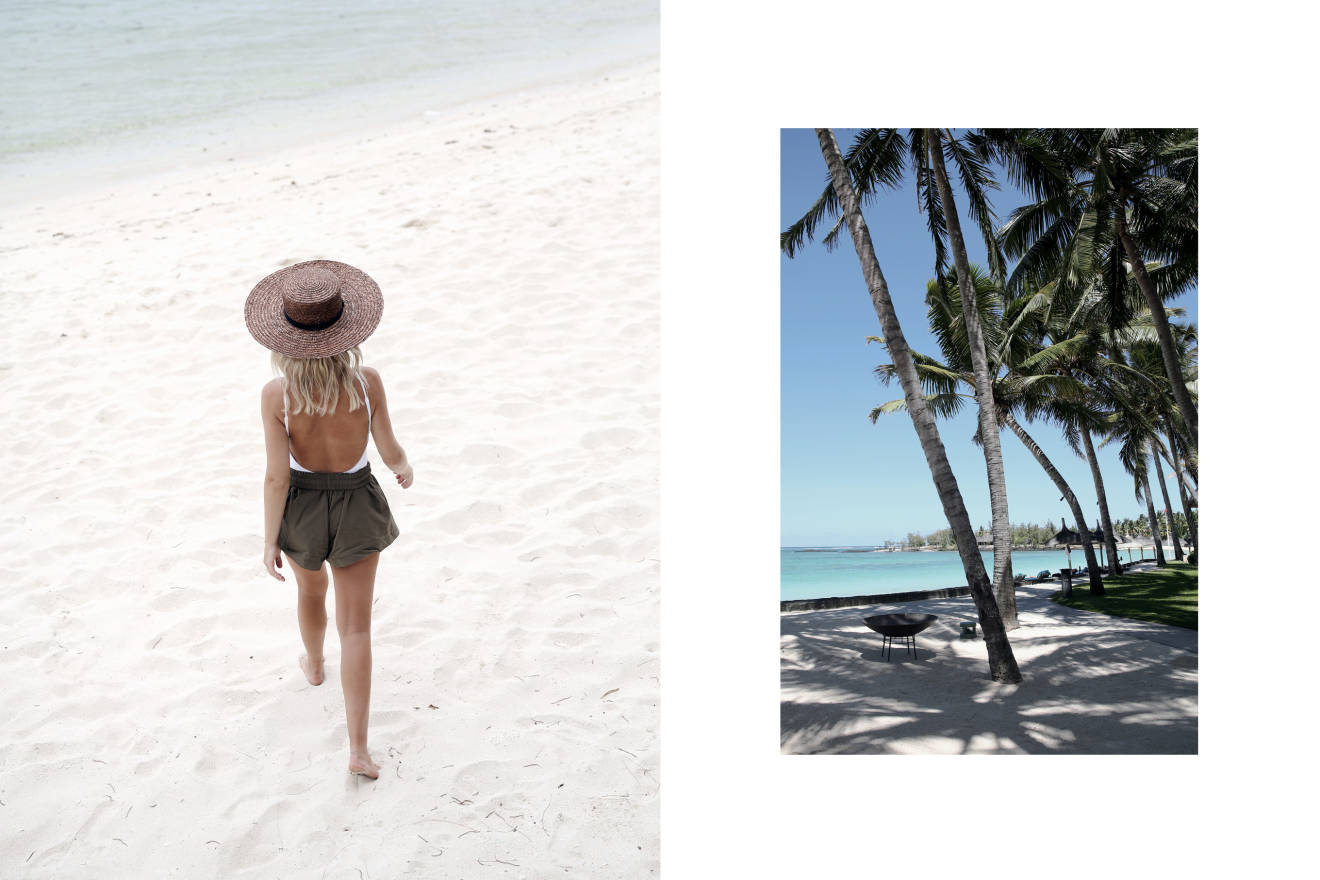 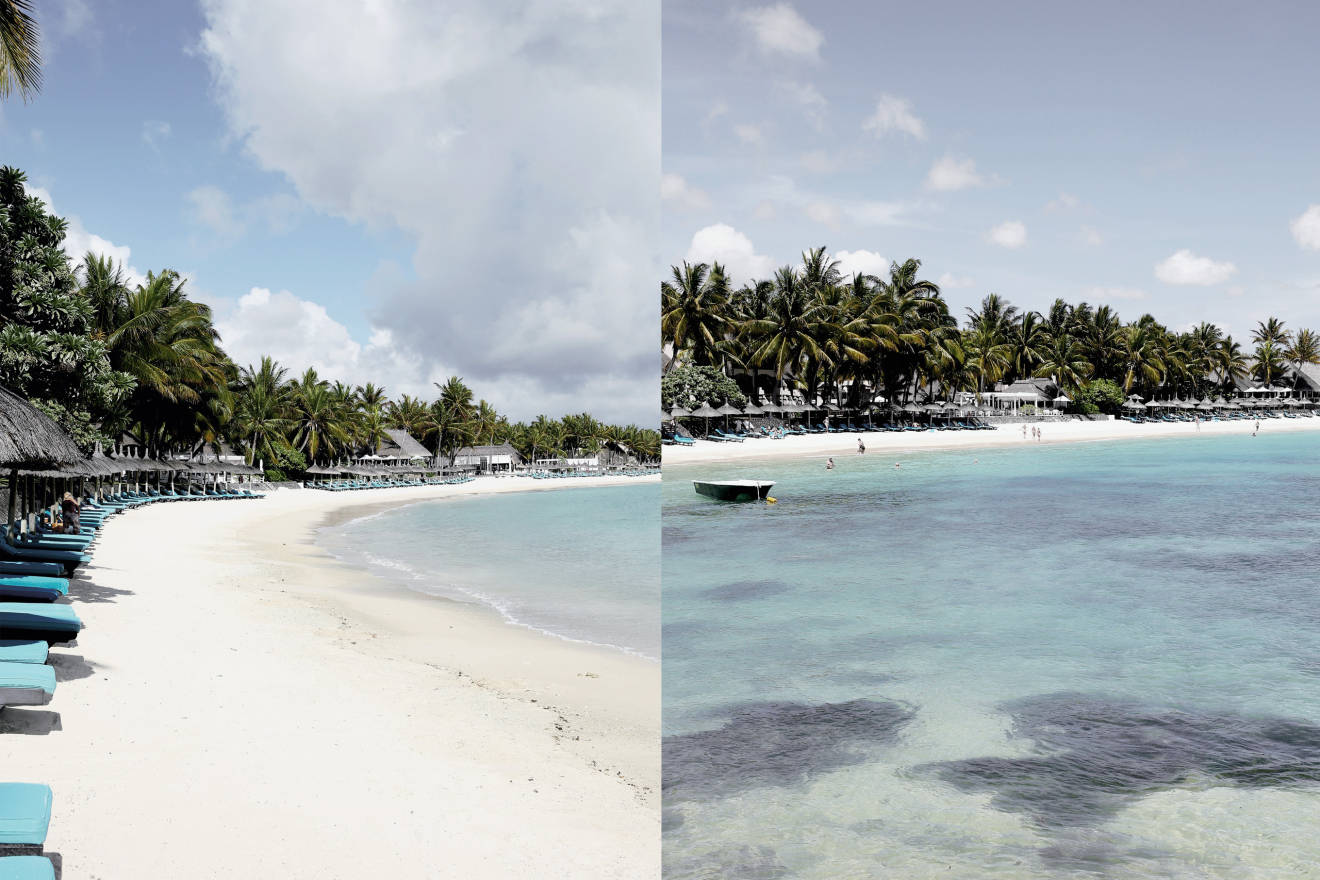 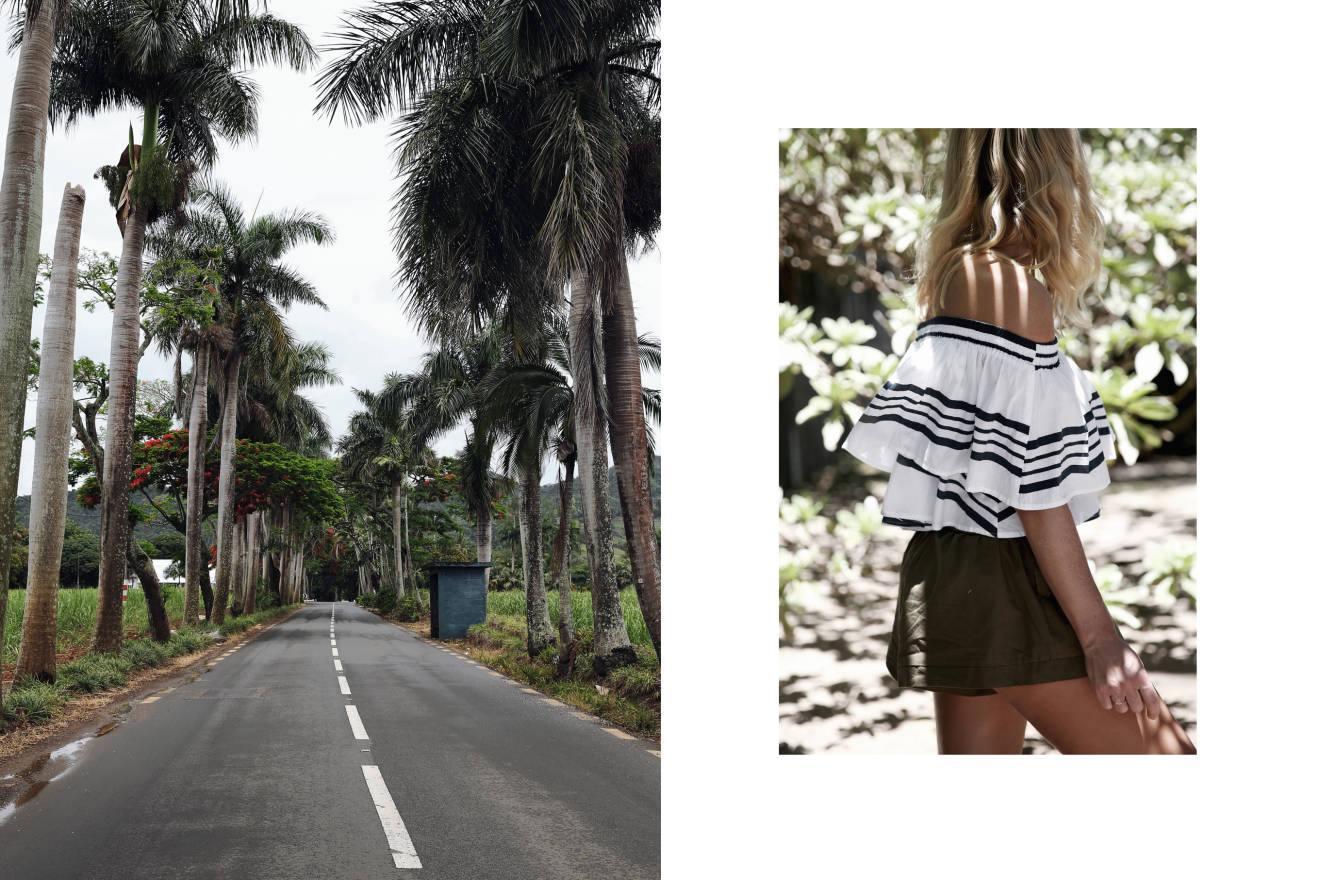 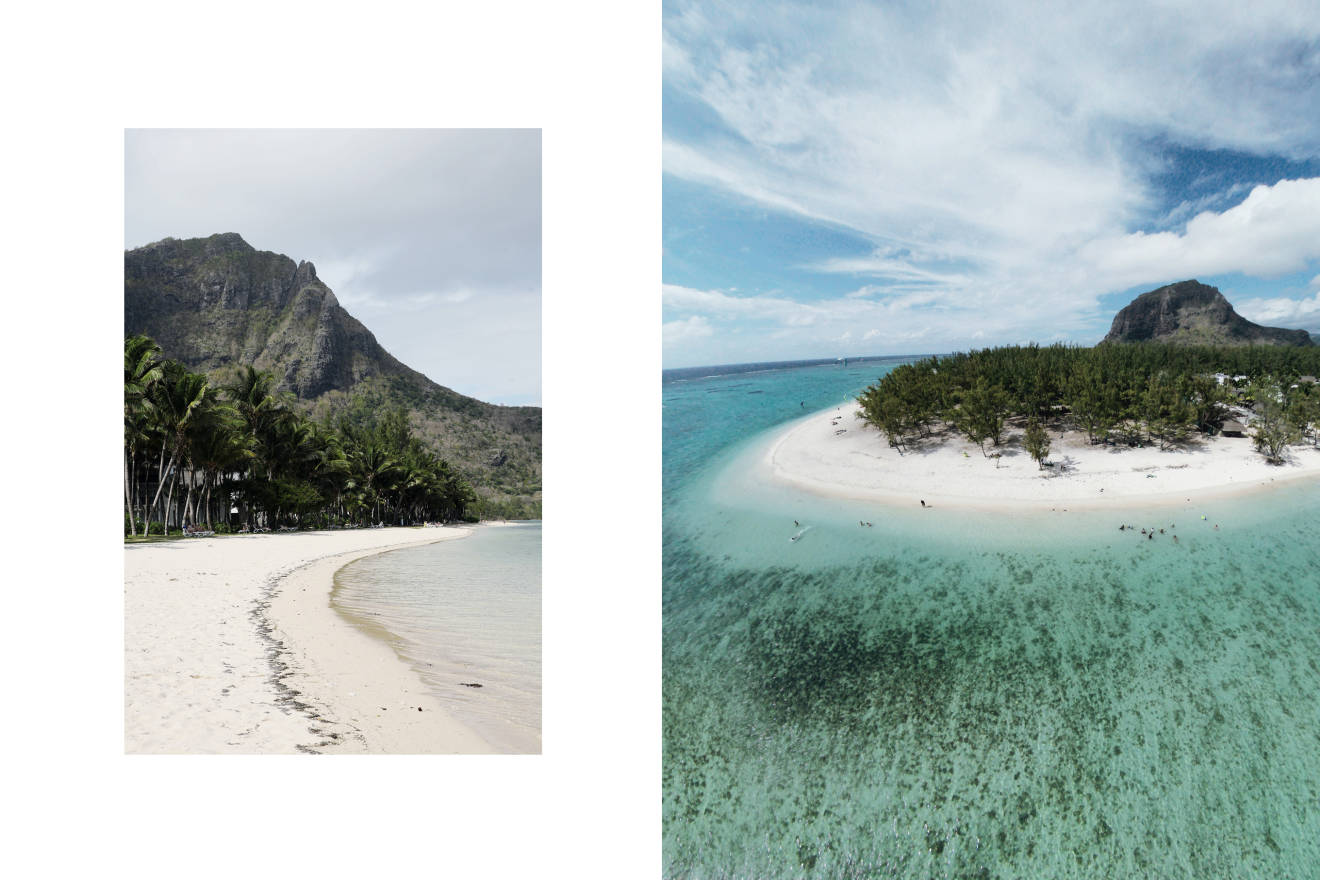 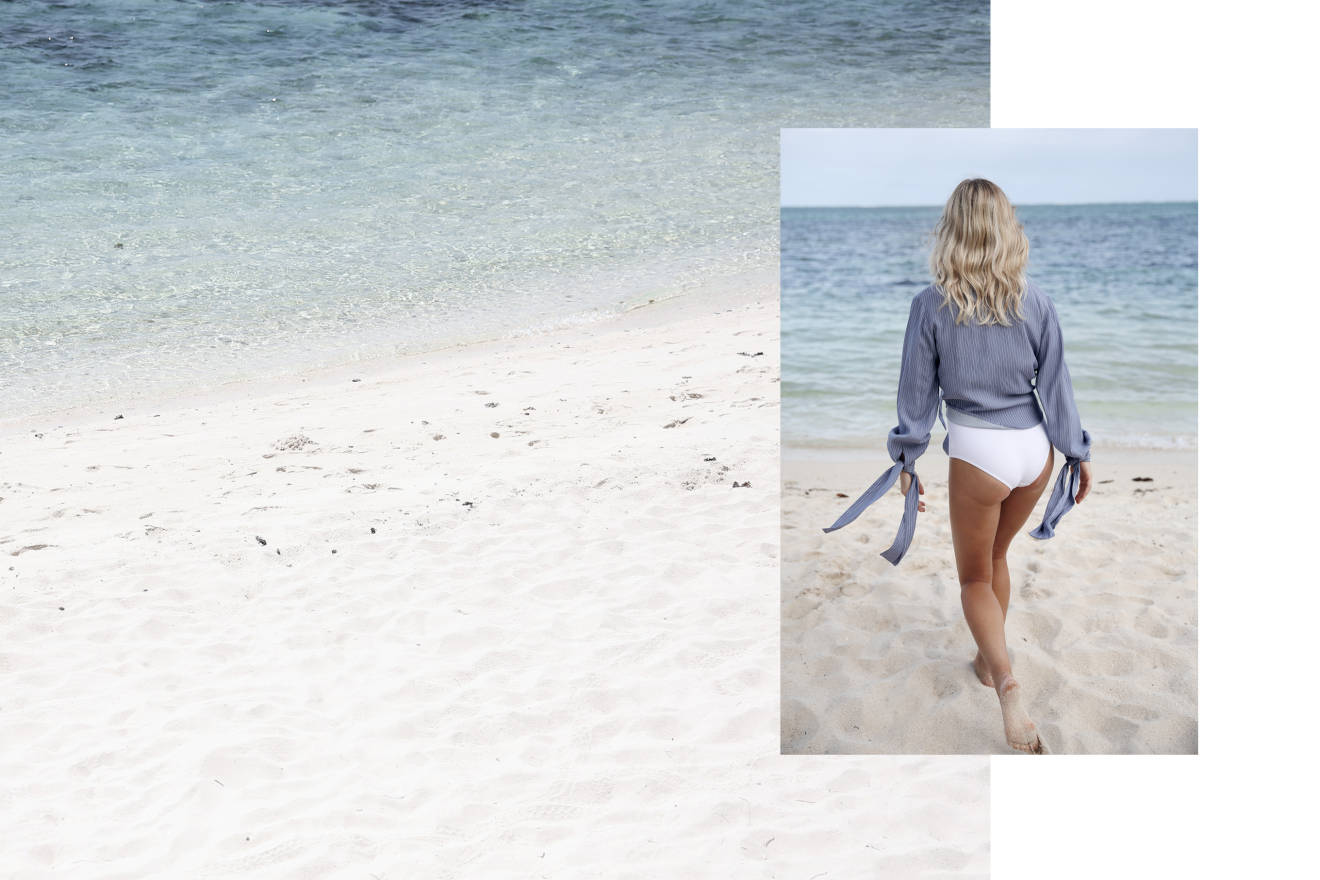 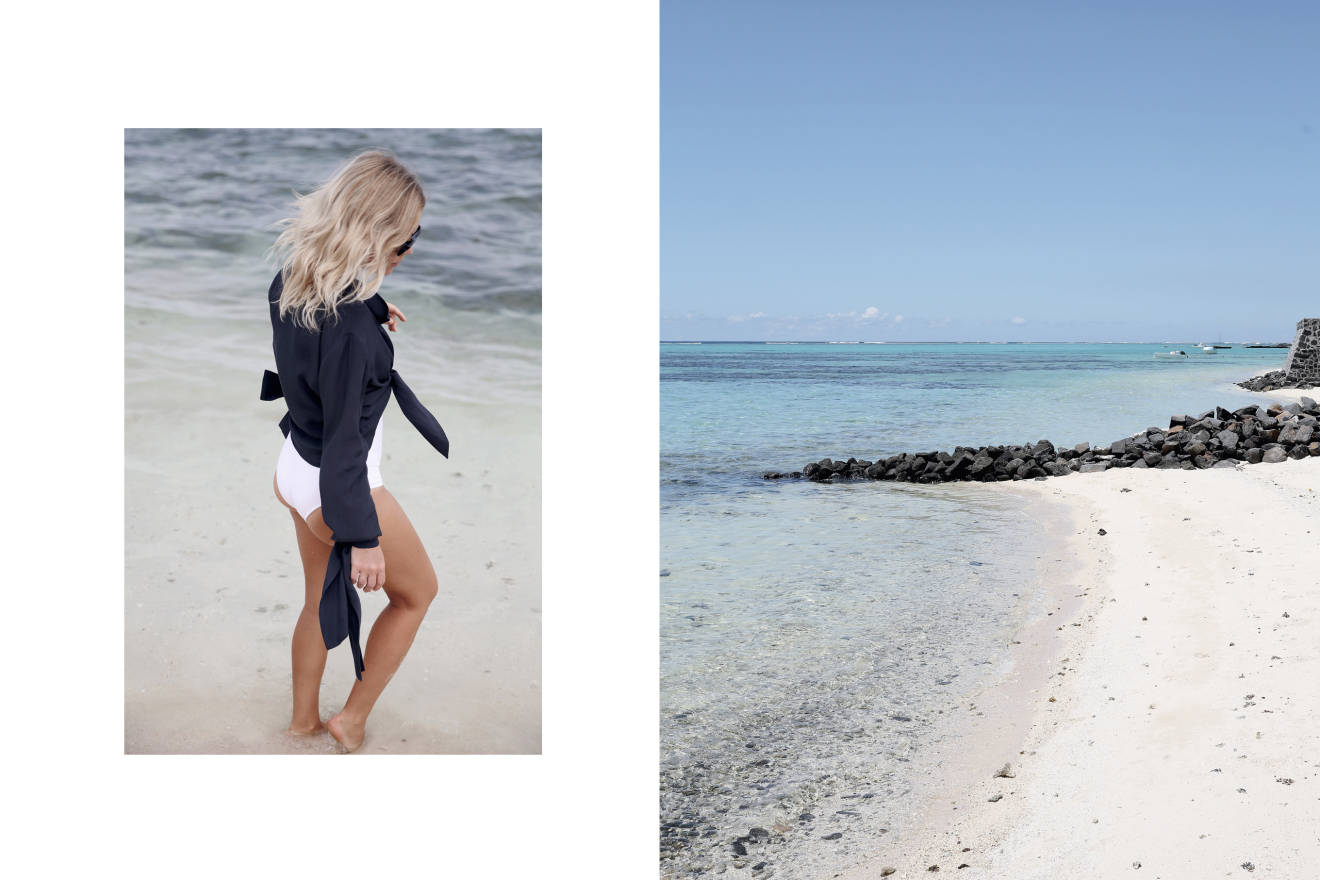 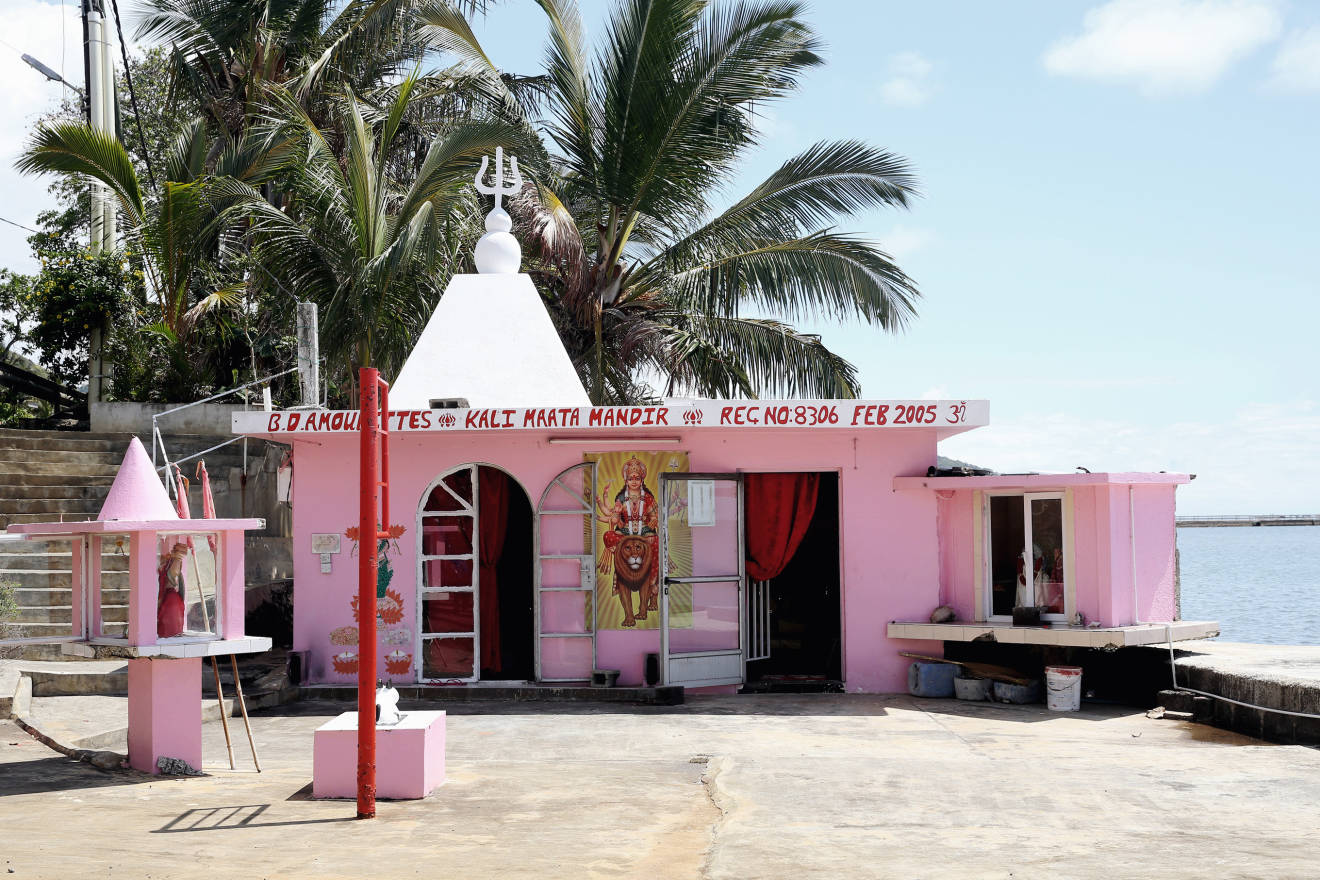 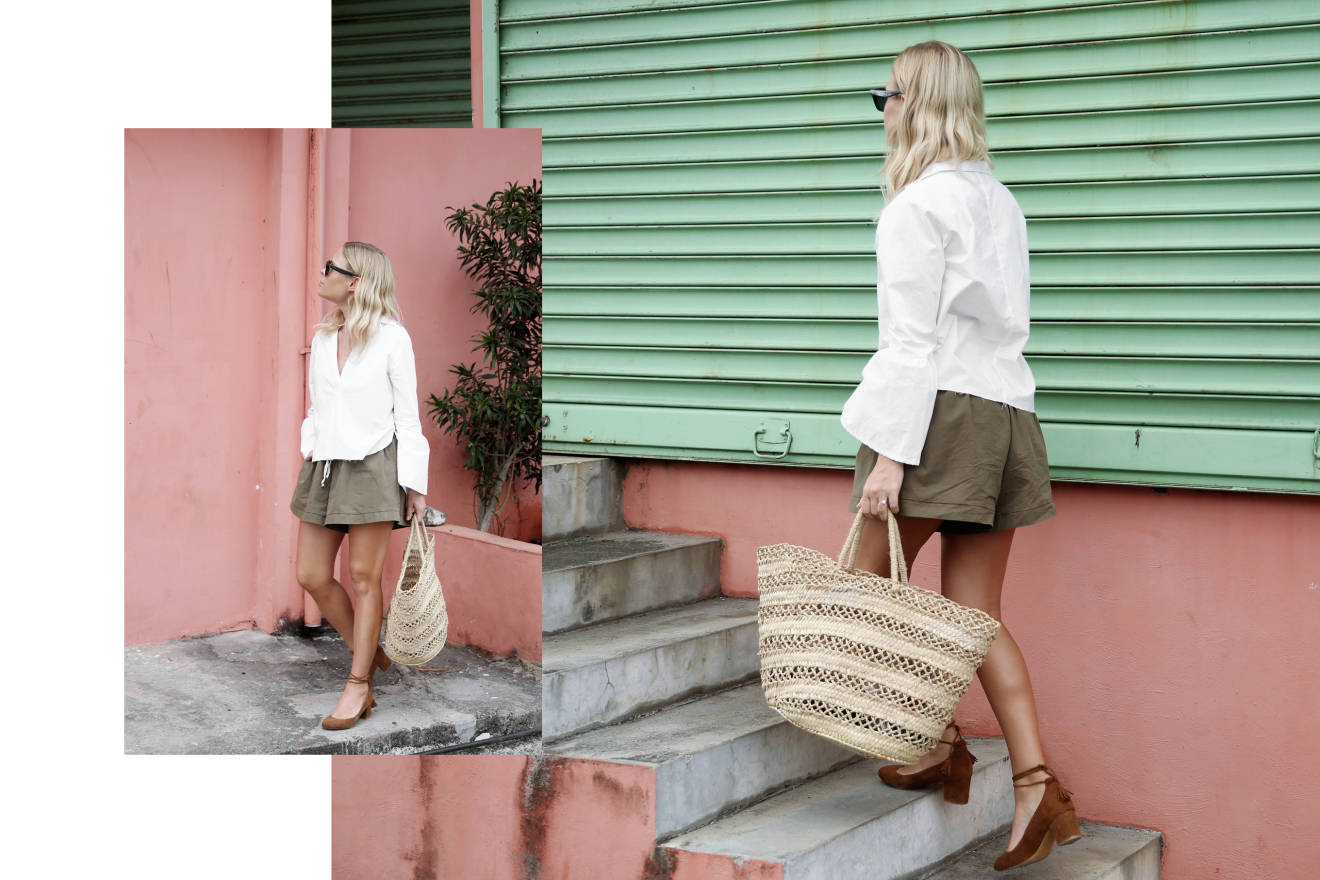 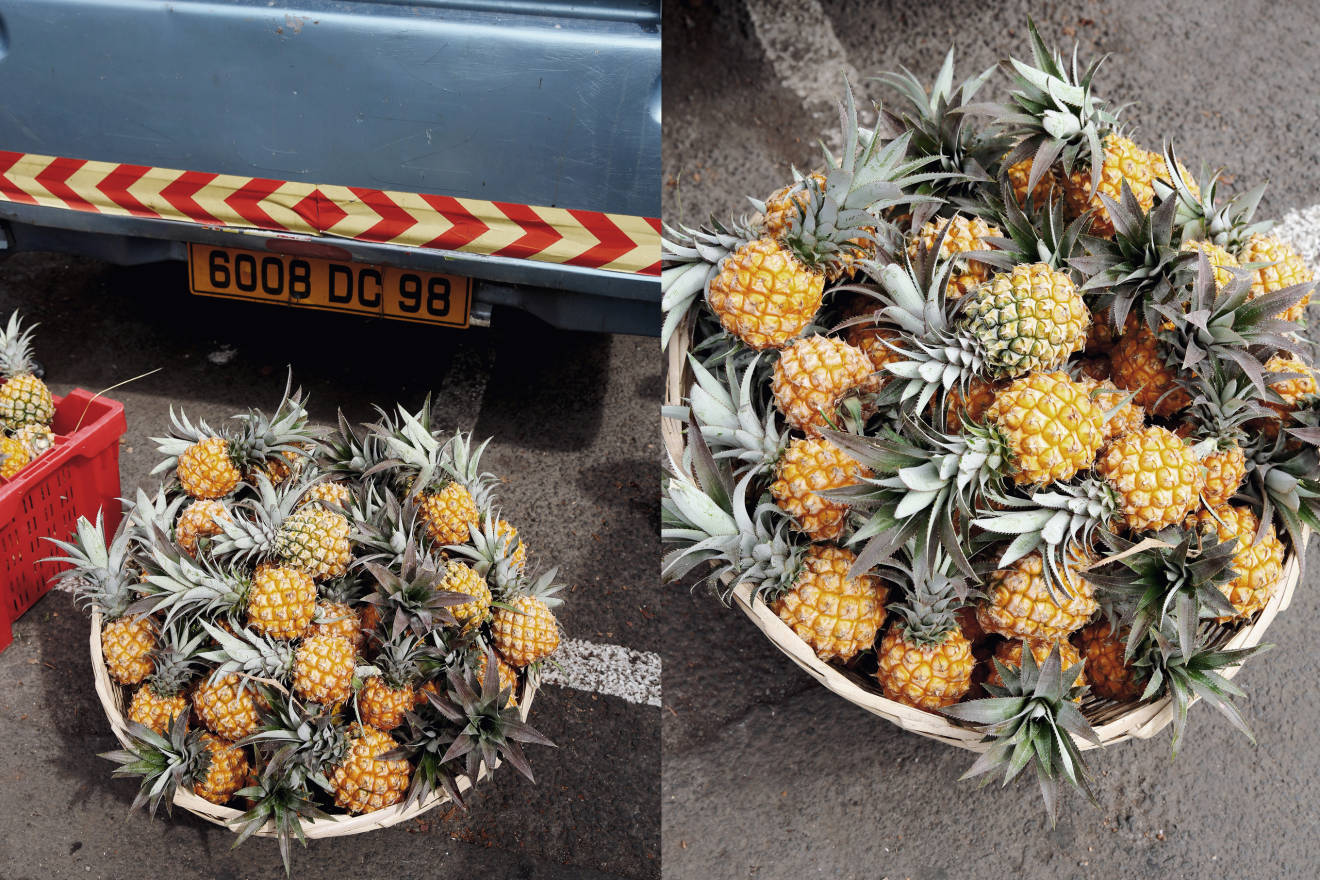 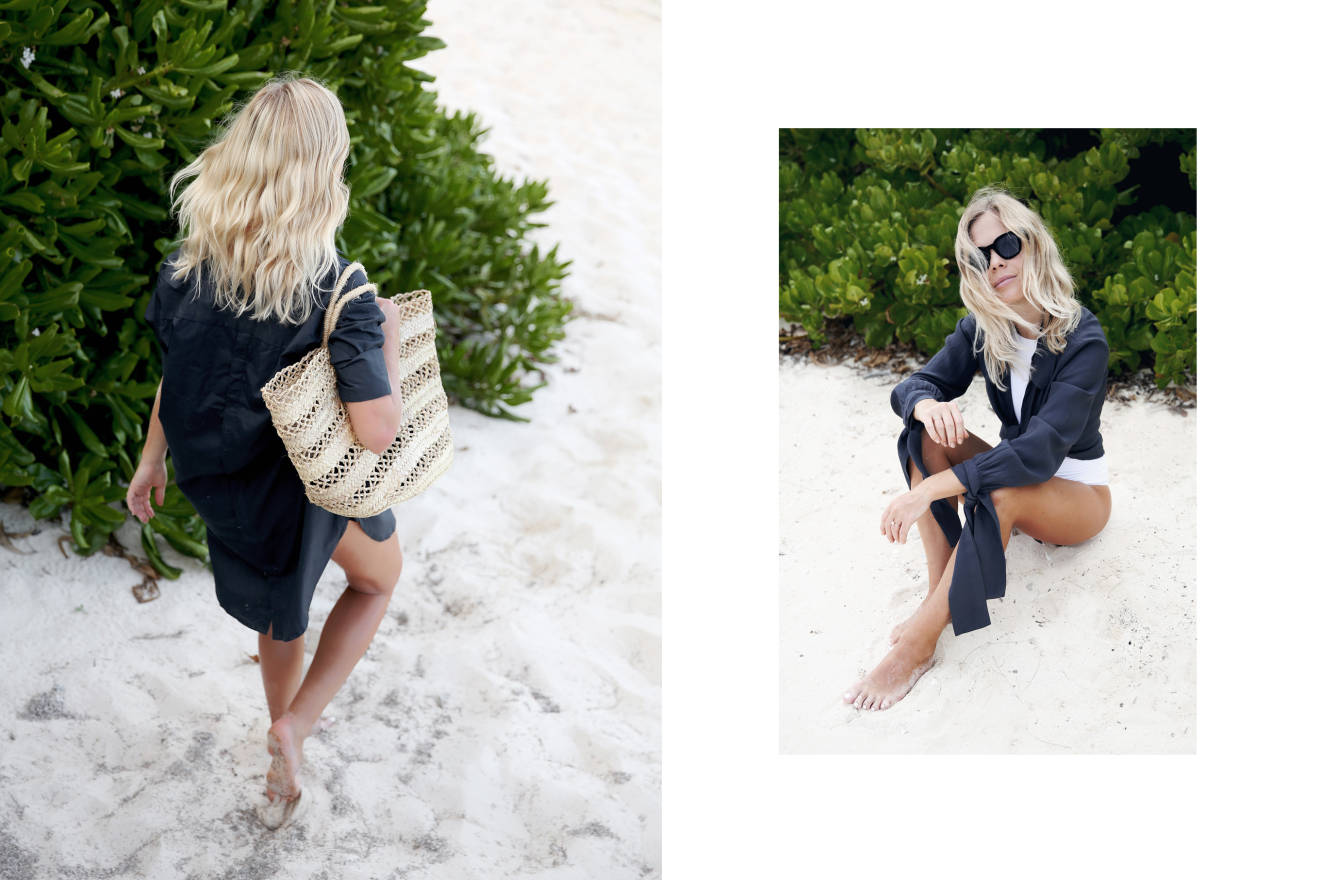 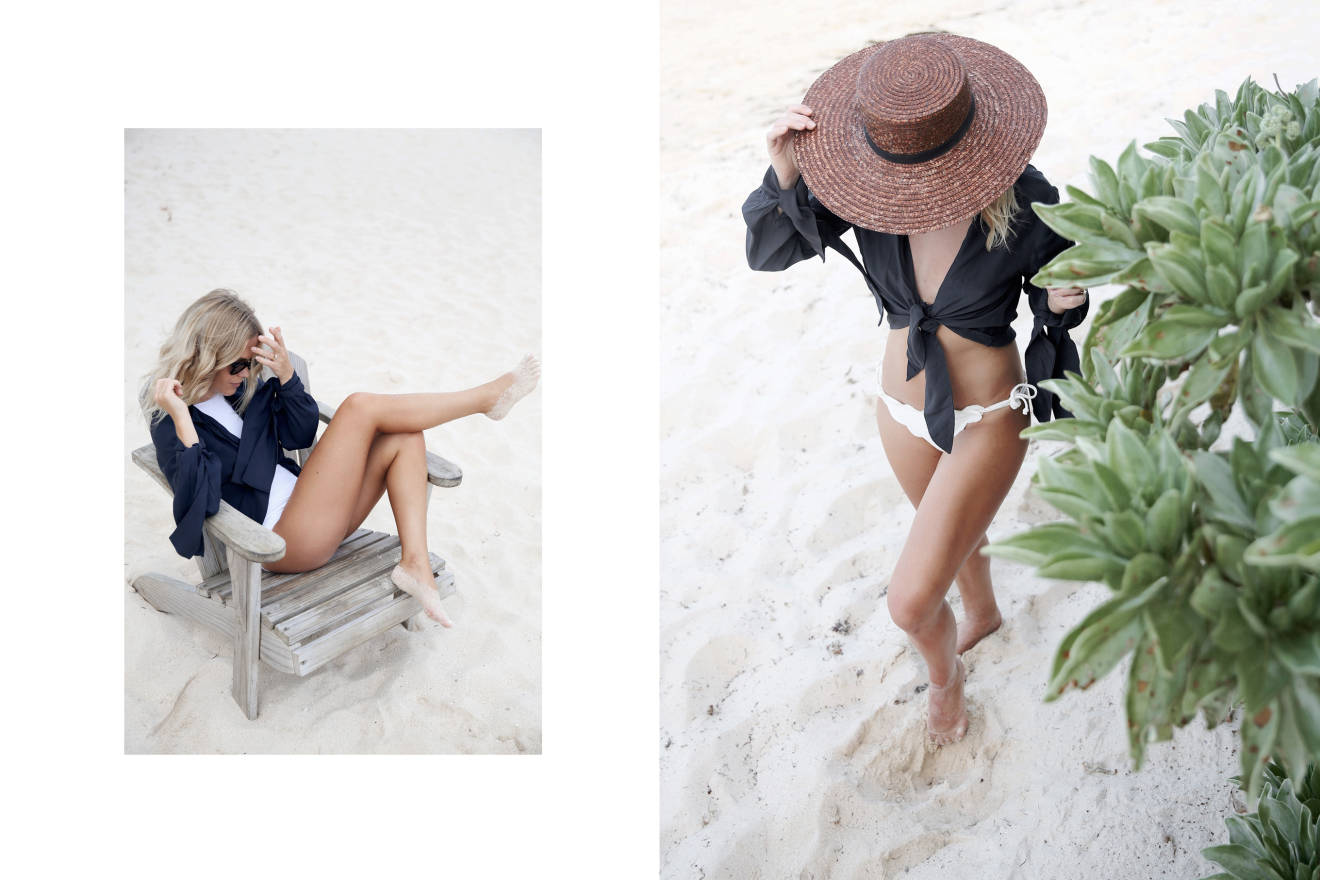