In the Studio with Simon Miller 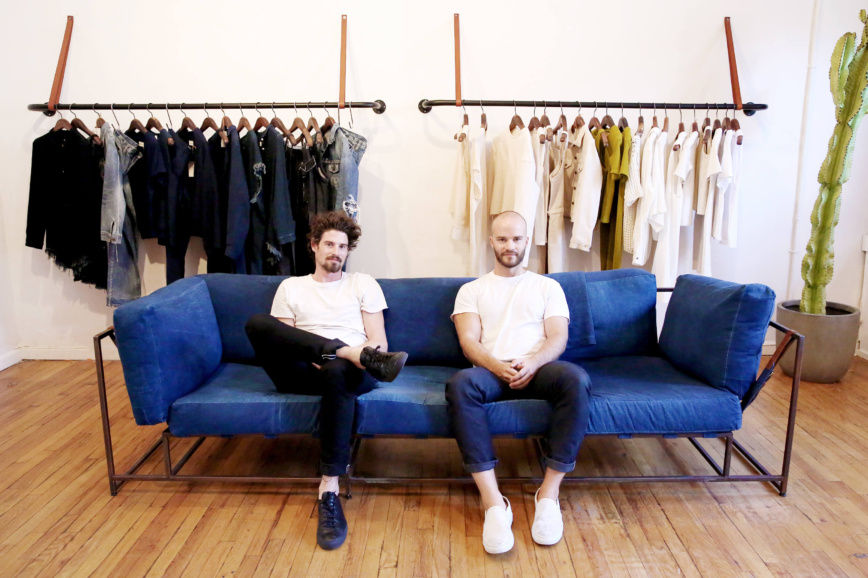 Breathing life into an established brand isn’t easy. Ask Dan Corrigan and Jake Sargent; together, they’ve done just that with Simon Miller, an All-American denim brand that has been re-invented and re-positioned to appeal to a modern, unisex audience. Using their knowledge of traditional Southern USA denim and adding influence from Japan and further afield, the brand now encompasses a comprehensive and cohesive lifestyle offering. We sat down to chat with the guys at their New York studio.

Jessie: You both worked together on bringing Simon Miller to it’s current form. Were you guys were friends first or did your relationship form through a business partnership?

Jake: I was working at Monocle magazine and we did a story with Simon Miller as it existed before Dan and I re-launched it in 2011, so I met Dan through that story. We remained in touch for a year. Then him and I had the opportunity to re-launch the brand and take it forward as partners in the company and as creative directors.

Dan: I was working with the brand, but when we took over there were only like ten pairs of men’s jeans. It was really, really small. But it had both the product and the intention behind the brand – something both Jacob and I both believed in, with high product quality and USA-made using Japanese fabrics. That’s something that really resonated with Jacob and I; we felt like it had a lot of potential to really grow. It’s crazy to think that now we have a full ready to wear collection and jewellery.

Jessie: So you guys always had a big vision?

Jake: We’ve always thought of it as a fully-encompassing lifestyle brand, even if it wasn’t fully realised. But this collection, Spring 2016 is really the first season where we can actually say we’re a lifestyle brand. We have the bags, the jewellery, the glasses. We have the whole look, head to toe. So I think that’s exciting for us.

Jessie: You guys live and work on opposite coasts (Jacob is based in New York and Dan is in L.A.). How does that work?

Jake: Around that time we don’t talk to each other for six months and then we regroup (laughs).

Dan: And then we have two weeks of fighting constantly to get it all under control (laughs).

Jake: When we originally re-launched the brand, we spent a ton of time back and forth. I was out in LA what felt like 3 or 4 months at a time, primarily on Dan’s couch.

Dan: He used to called me and say ‘how do I get the bus from the airport to downtown’?

Jake: It wasn’t a bus, it was two subway cars and a bus.

Dan: A lot of people actually ask us about how our working dynamic is, being separated. That’s the only thing we know. I think earlier on, it was a little trickier because we were both trying to carve out what our roles are in the company and it was just the two of us, so it was kind of figuring out what we do and just kind of naturally happened where the responsibilities kind of just came to place based on where we were.

Jessie: Do you balance the design equally between the two of you?

Jake: Yeah, that’s how it’s developed. Ready-to-wear in New York and denim in LA. We have a strong team now; Chelsea is our marketing director, and she has fantastic merchandising eyes. She’s really helped us with the development of the women collection. We’ve gotten great feedback recently, since we’ve developed this collection. I think it’s the right market for us to be going after, so Chelsea had been really cool with that.

Dan: Somebody sent me an email yesterday and said that she would love it if we had a store so that she could just shop the whole collection. I think it’s really amazing feedback.

Jessie: I do feel like fashion has reached a tipping point with women. I think we’ve seeing that how easy men have had it in terms of being able to rely on simplicity, whereas we women tend to complicate things.

Jake: For men, it’s certainly gotta be cool and simple. Anyone who tries too hard… for guys it just never works.

Jake: Yes! Women shop so differently. We found that our female customer is really driven by comfort; it’s a really important thing. Getting a fabric that’s textured, comfortable and cool and it just flies off the shelves.

Dan: It’s so different; with the guys, if it fits a little off, they’re like ‘whatever, it looks fine’, but with women, it really has to hit all the measurements. It’s definitely a learning curve with the denim.

Jessie: Do you draw your inspiration from any one place?

Jake: Yes; the brand always bridges between southwestern and Japanese influences. There’s some kimono shapes and a lot of linens, indigo, so it’s kind of transpacific in that way.

Dan: But I feel like each season, it varies in one direction.

Jessie: Your colour palette this season is really strong, were their any key influences there?

Dan: In this collection were really drawn from this idea of southwestern artist communities like, Marfa, Texas and Santa Fe, New Mexico and that very vibrant, artistic color.

Jessie: How do you spend the Friday afternoons in the Simon Miller studio?

Jake: We take summer Fridays in New York, but we don’t take them in L.A.

Jessie: Because it’s summer all year round in L.A?

Dan: I think it’s only fair that New Yorkers get to do it, because they deal with the winter and the snow for so long.

Jake: If you want to retain any colleagues in New York, you have to have summer Friday.

Dan: No one’s clocking in and out, and it’s a pretty laidback company atmosphere where people can leave when they want to leave.

Jessie: Just as long as they’re getting their job done.

Dan: As long as they spend two hours cleaning on Friday. Hah! 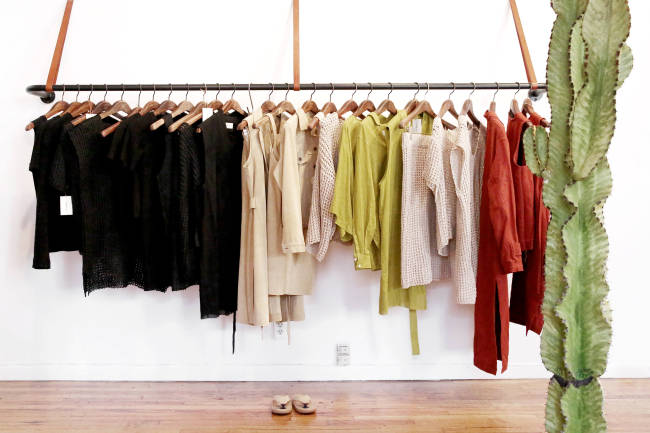 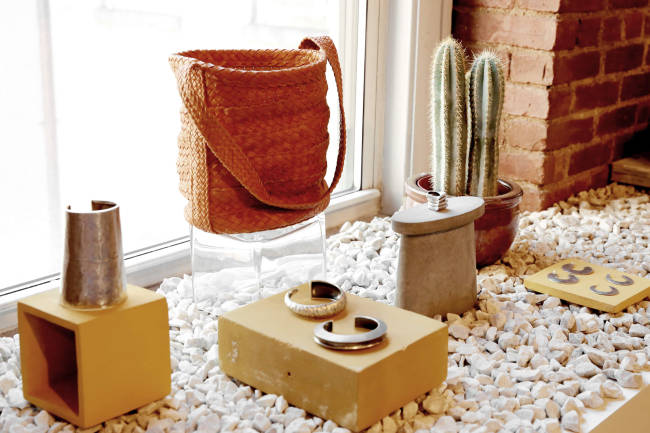 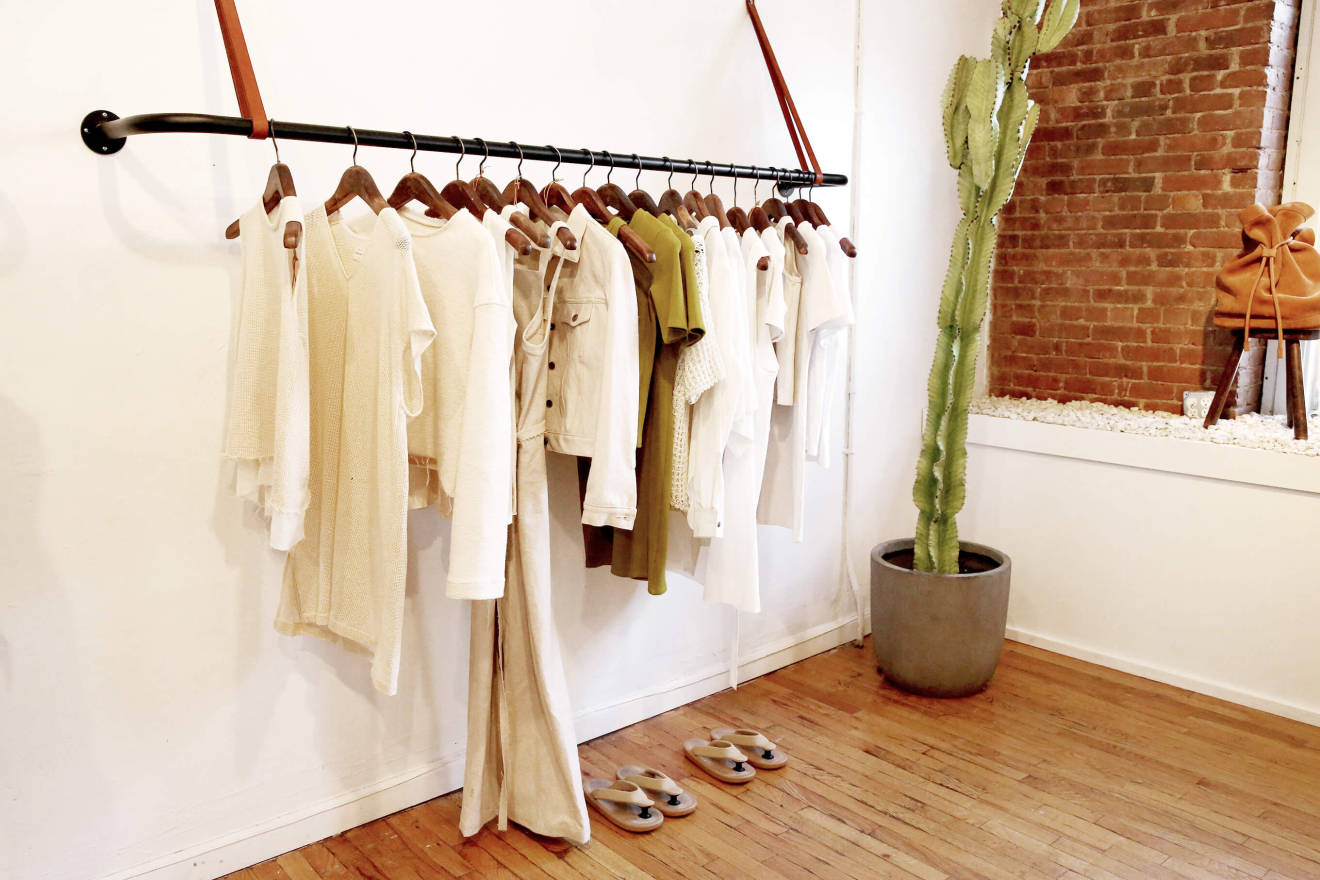 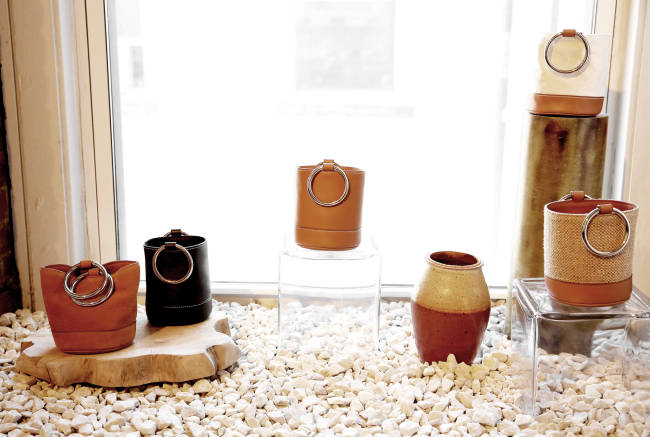 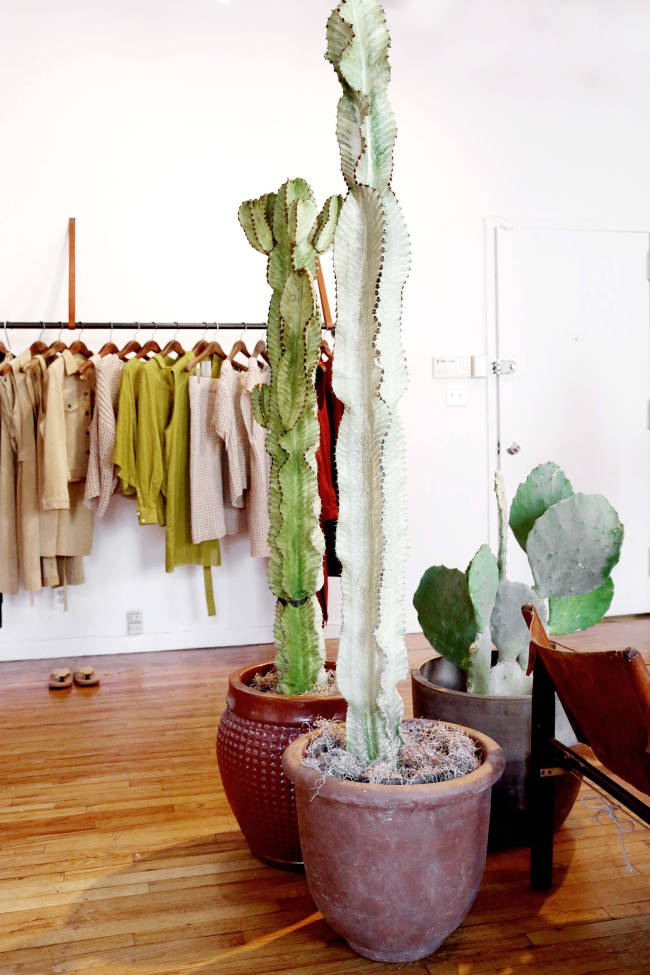 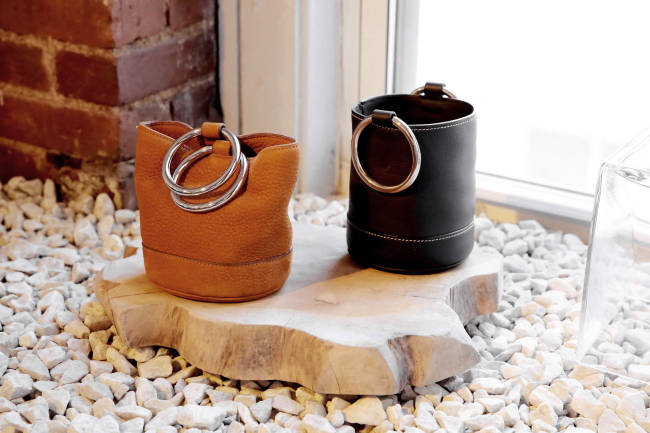 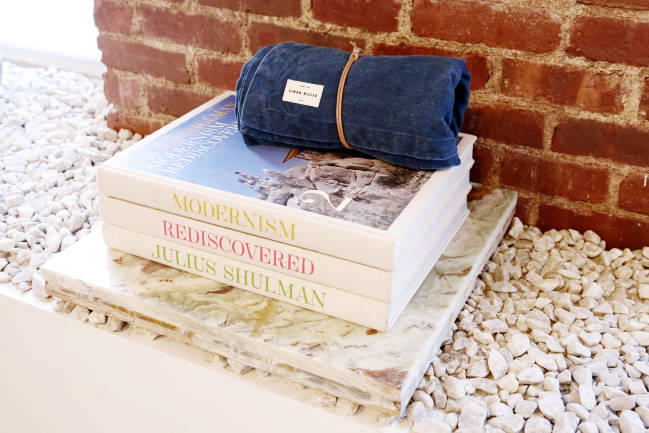 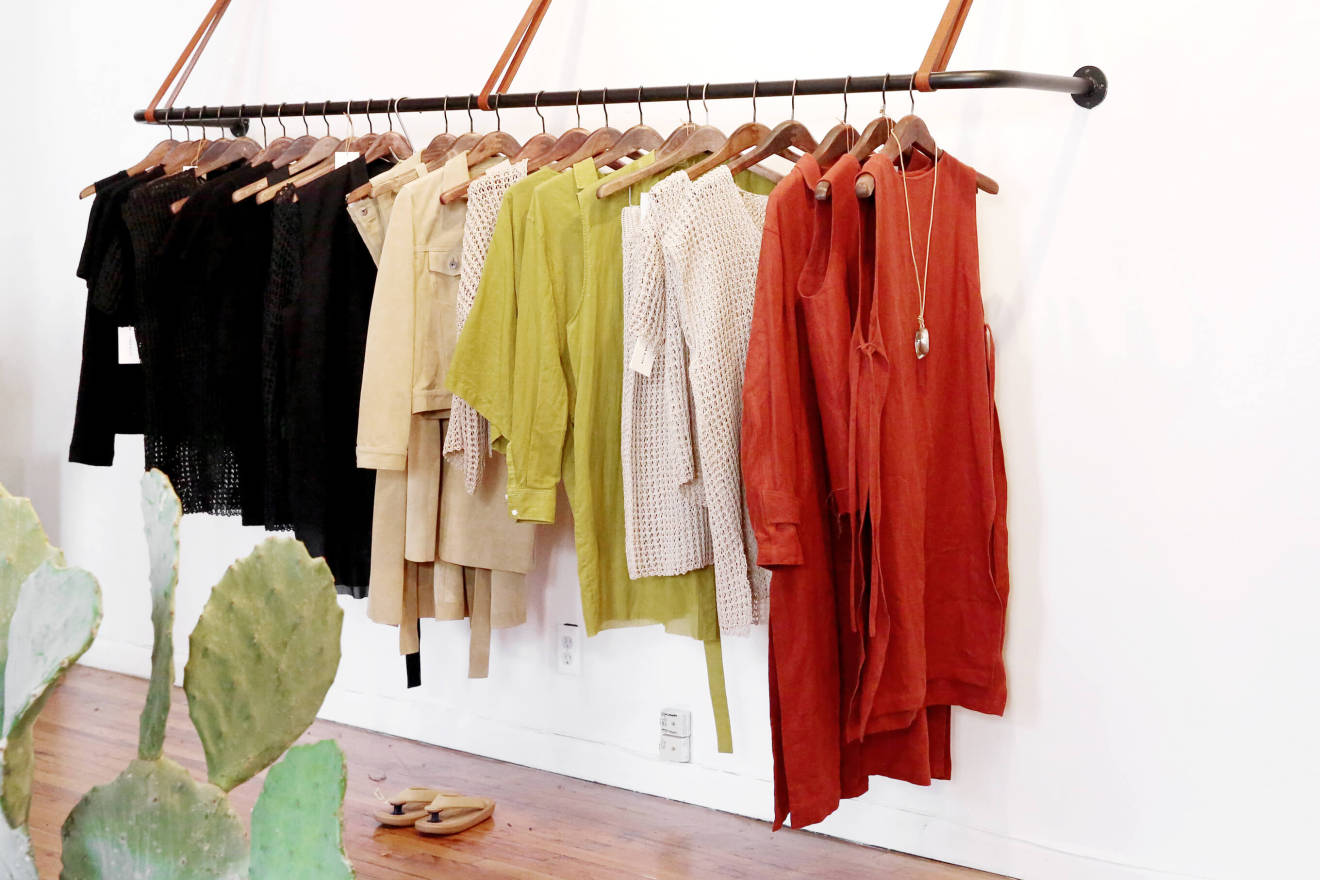 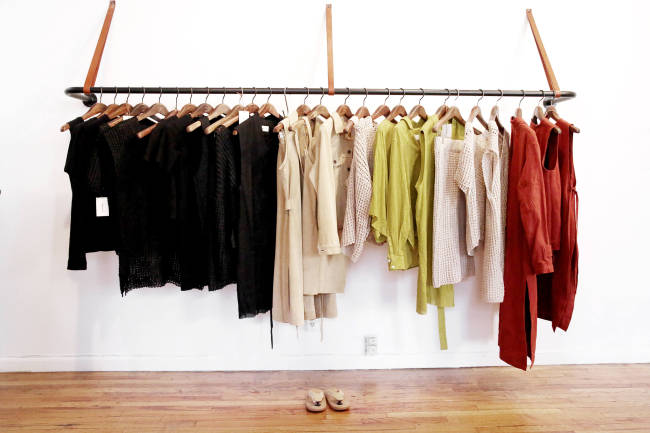 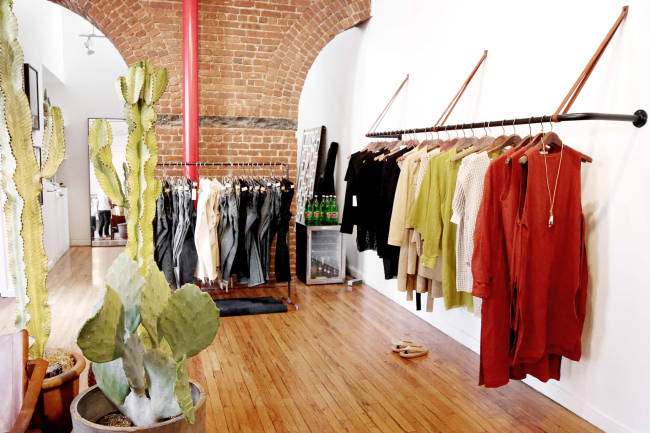