A guide to the best coffee in Paris 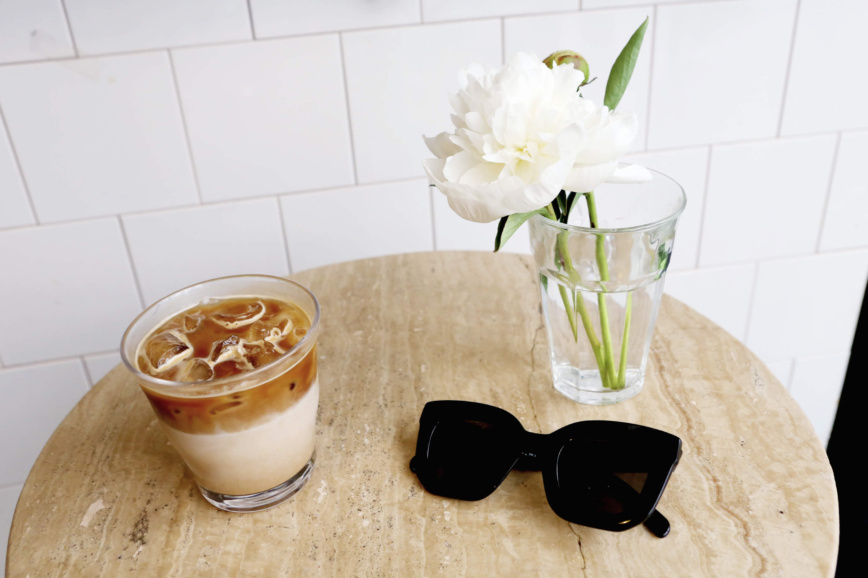 Full disclosure. I grew up in New Zealand and went to university in Wellington (which supposedly has more coffee shops per capita than any other city in the world), then moved to Sydney (aka the oracle of café culture) so I have a pretty clear definition of how I like my coffee to be. Some would call that a coffee snob; I prefer to say I just have a finely tuned palette.

However you would like to label my caffeine snobbery I’m going to be straight and admit that whilst I love living in Europe I’m not a huge fan of European coffee. The espressos can be bitter and their fluffy milked cappuccinos remind me of the early 2000’s.

Thankfully for ol’ coffee snob over here, the café scene in Paris has come along way in the past few years, to the point where I almost feel like Sydney has just up and relocated to the city of lights. There’s avocado on toast, green juice and professional baristas aplenty. So for your convenience (and also to entertain my café obsession) I’ve complied the top ten spots to find a killer coffee in Paris.

Craft Café, 24 Rue des Vinaigriers, 75010. Not only does Craft do a mean flat white (and is home to one of the best co-working spaces in the city) but they are one of the very few cafés in Paris who offer a dairy alternative. Paris, you need to up your almond milk game.

Ob-La-Di, 54 Rue de Saintonge, 75003. If you were ever going to go somewhere for the ‘gram, Ob-La-Di is it. With a Parisian exterior, marble bench and blue tiled walls this place is all kinds of photogenic. Plus they do the best iced latte in summer.

The Broken Arm, 12 Rue Perrée, 75003. Come for a coffee, stick around for a little shopping next door at their famous concept store.

Ten Belles, 10 Rue de la Grange aux Belles, 75010. Ten Belles is my local and without being the least bit biased I think that they might just make the best coffees in all of Paris. Only catch is there’s no milk alternative so you’re outta luck if you can’t have dairy.

Fondation Café, 16 Rue Dupetit-Thouars, 75003. Fondation is one of the originals of the new café movement in Paris, and is always reliable for sweet treats and an excellent brew. Flat whites aplenty.

Café Oberkampf, 3 Rue Neuve Popincourt, 75011. This Australian-inspired café (the owner’s wife hails from Sydney) is unpretentiousness and makes for a super fun place to hang out. They make a killer coffee, not to mention the best baked Shakshuka in town.

O Coffeeshop, Rue Pastourelle, 75003. Open only from 7:30am till 11:30am O Coffee Shop is all about caffeination and little else. Luckily they do it ridiculously well and the interiors are appropriately moody and intimate.

Coutume Café, 47 Rue de Babylone, 75007. A necessary (and worthy) inclusion given that the rest of the cafés above are all found north of the Seine. It’s one of the few spots in Saint Germain where you can find coffee that would rival the Australians. Plus, much like Boot Café, the interiors are the perfect blend of traditional French charm and modern minimalism.

Shot at Boot Café and Café Oberkampf with Lyst 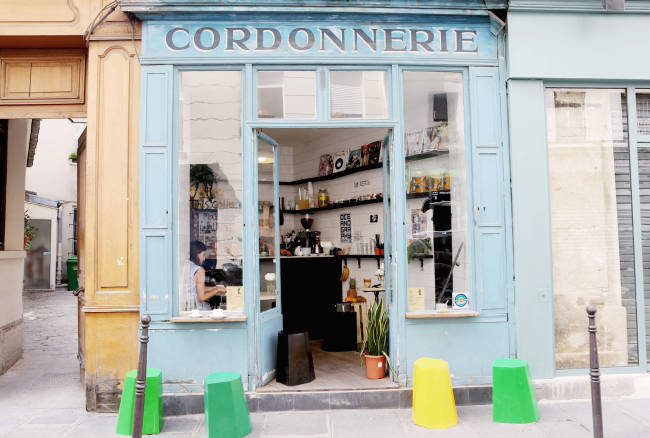 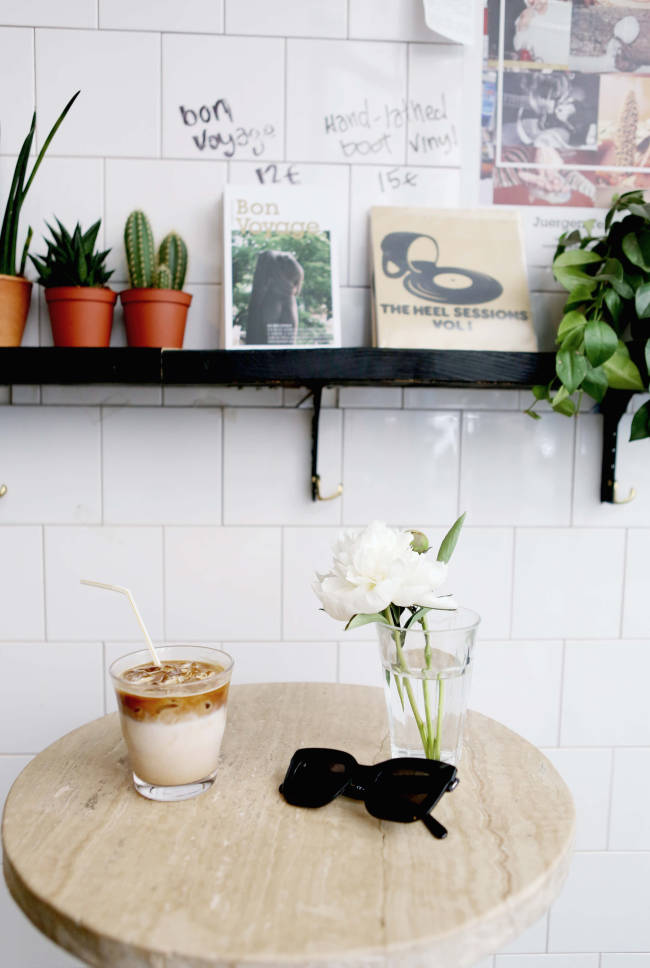 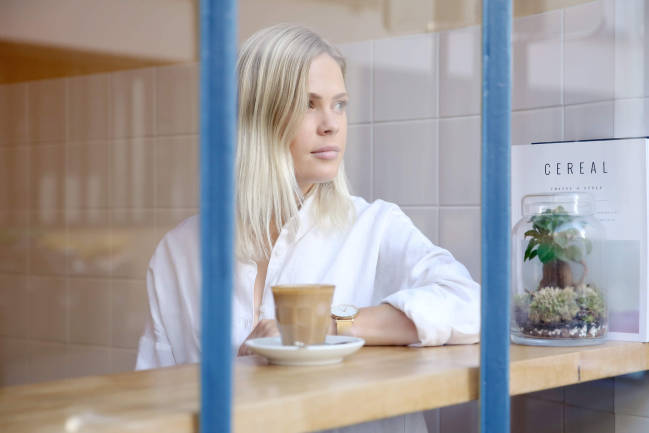 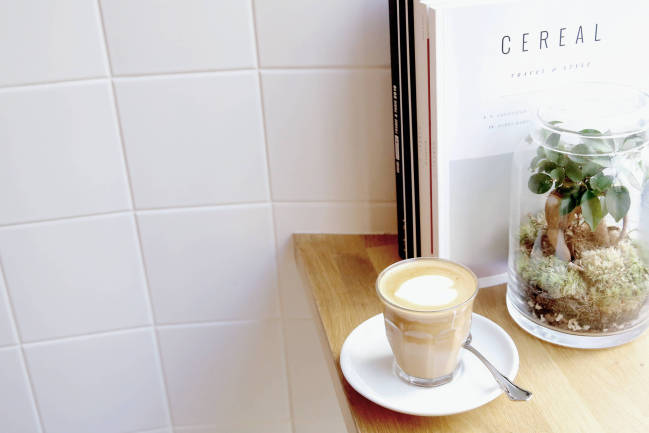 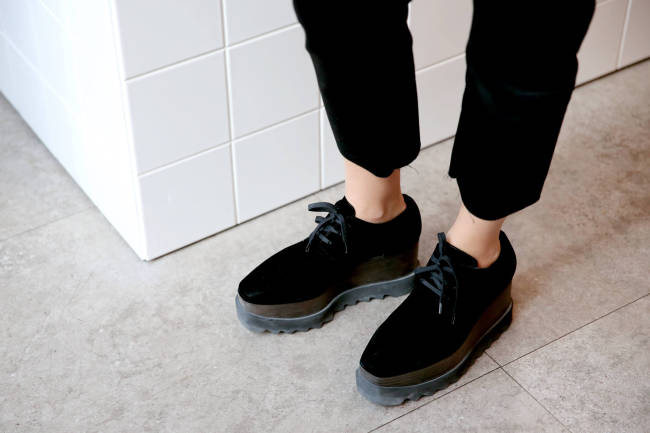 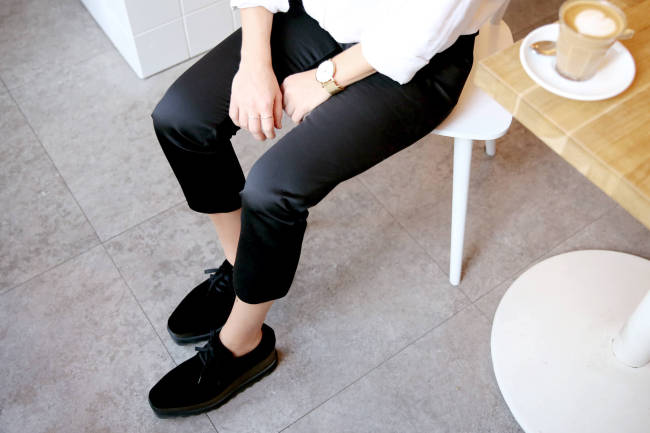 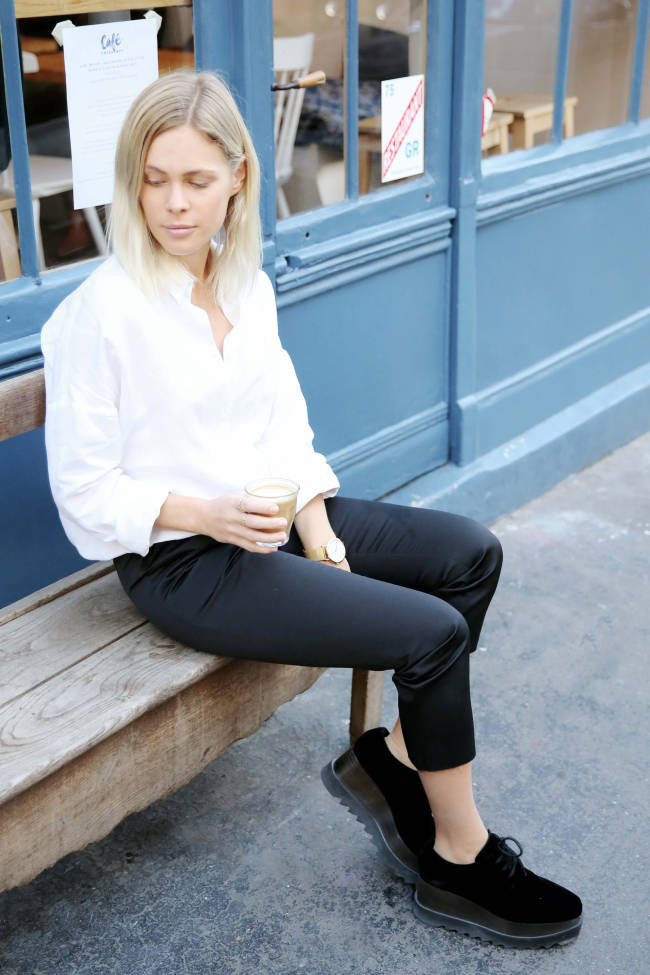 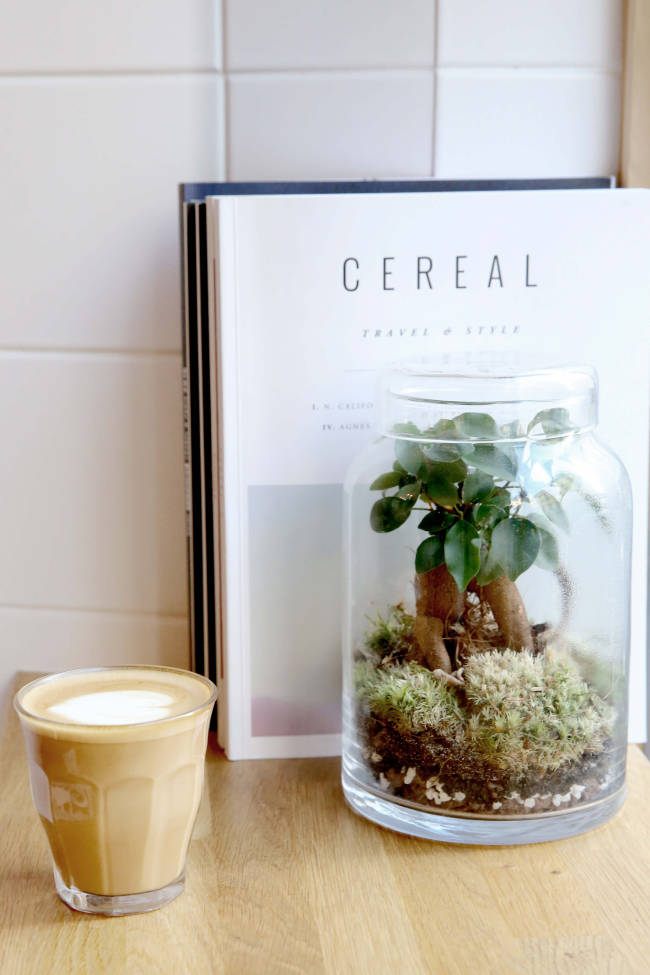 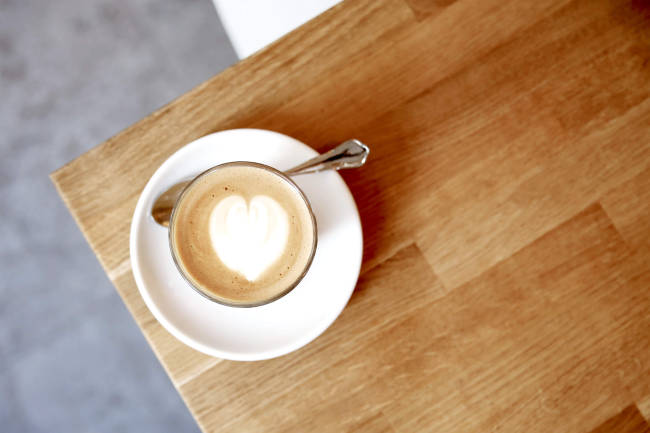