A different view of the romantic capital 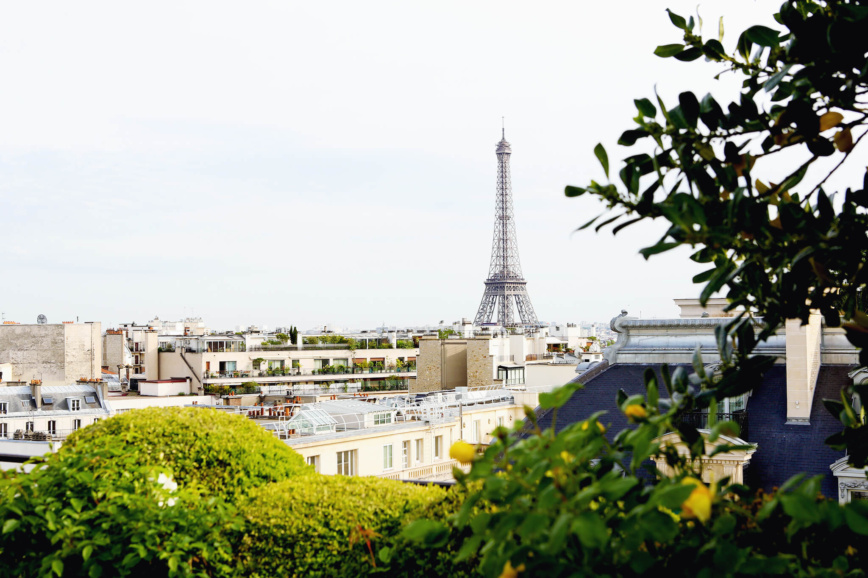 Undoubtedly one of the best things about moving to a new city is the sense of adventure and the unknown that comes just from stepping out your front door. Discovering your neighborhood market, befriending the grocer, finding a local coffee shop. Basically, living like a local.

It’s no secret the Paris is the most frequented tourist destination in the world, and with it’s small apartments and narrow cobbled laneways it can often feel more than a little over-crowded (to put it kindly). So since the move two months ago, I’ve been compiling a list of places which are decidedly uncommon for Paris. Empty streets, good coffee, rooftop gardens… you get the idea. Which is why I’m super excited to be collaborating with The Leading Hotels of The World to seek the remarkably uncommon perspectives of Paris. It’s not just about taking the path less traveled, it’s about exploring cities in a new way and taking the uncommon route. So if you’re headed to Paris this summer and are looking to see the other side of Paris, feel free to take a few pointers from my guide.

This may seem incredibly obvious but like many European cities Paris keeps pretty leisurely hours. The Sacré-Cœur is one of the busiest places in Paris, and for good reason. The views over the city are unparalleled, especially when you’re the only one standing on the steps.

Walk around Montmartre before 8am

A lot of Montmartre’s charm is lost due to the hustle and bustle of tourists and street vendors. However, around 8am the streets are virtually empty, making it a prime to wander through the cobbled streets.

Although good coffee is no longer a rarity in Paris, you still need to know where to look. French in appearance but Australian in their approach to cafe culture, Fondation takes their flat whites seriously.

French rooftops that you can actually access are far and few between, which is what makes the insanely picturesque rooftop terrace at Hotel Raphael – one of The Leading Hotels of the World Parisian locations – just so special. Fitted with a bar on one side and an al fresco restaurant surrounded by greenery on the other, it’s luxurious yet welcoming (and open to non-guests). Plus, from this vantage point you can see both the Eiffel Tower and the Arc de Triomphe.

Avoid the traffic and bypass the Metro and embrace Paris’ bike lanes. Biking is the best way to see the city and hands down the quickest way to get around. Get a basket and a baguette and you’ll instantly feel French.

With few pools around and no sea in sight, Paris can get pretty steamy come summer. The rooftop pool at Le Bristol (another The Leading Hotels of the World location) is a hidden oasis, complete with a terrace overlooking the city. Swimming is hardly the first thing that comes to mind when exploring the French capital, but once the European heat sets in, taking a dip is the perfect antidote.

Created in collaboration with The Leading Hotels of the World